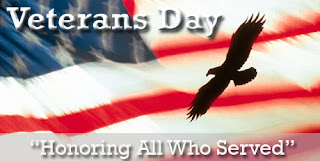 Check out this link before you read my blog below http://www.msnbc.msn.com/id/29619236/ns/business-us_business/

Do you have a friend or family member that has had trouble with addiction? Have you heard about "12-Step" programs to get "clean" so to speak?

I have this friend, for the purposes of this article, I will call "Bank" and his problem/addiction if you will is credit. "Bank" has had a tough road for the past 6-7 years. First he was living it up on cheap credit, then he became a dealer and started to consume massive amounts of even cheaper credit. When he ran out of credit he did what any addict does and found other people help fund his problem. In "Bank's" case, it was clear, those funding his problem were not concerned about too much of a good thing. It was kind of funny to watch. "Bank" would go out, lend some money, get a huge fee and a nice buzz as well. "Bank" never failed to find money to lend, as long as there was a fee to be made. "Bank" thought the party was going to go on forever.

One day, "Bank" got a call from one of his suppliers of the cheap credit. After years of providing money without asking too many questions, the suppliers started to notice they were not being paid back. Eventually "Bank" started to notice even he was not getting paid back on the cheap credit he sold. This was not good, for if "Bank" could not use his cheap credit he would lose his fees, maybe even his job. Sniff. Instead of "Bank" realizing he has a problem, he wants to pretend one does not exist. "Bank" is so addicted to large fees and cheap credit he does whatever he can to put his problem off to another day far, far in the future.

What "Bank" needs is a 12-Step Program. There are three things to know about addiction; the treatment is not fast, the treatment is not easy and the cure begins with an admission that you have a problem and your life is unmanageable. American banks are in trouble. The banks lent more than a ton of money on projects, investments and pure speculation. The problem now is that the bank's problem is our problem. Since banks do not want to admit there is a problem, troubled loans stay on the books. The longer these loans stay on the books the less money there is to loan. A side effect of these troubled loans is that the assets remain on the books at inflated valuations.

Here is an example to illustrate the problem: There is a 4,000 sf office condominium where a bank lent almost $600,000 and the owner defaulted. The bank took about a year to foreclose by dragging their feet and today they are trying to sell the asset for $400,000. At first blush that sounds pretty good, only 66% of the original loan amount. The trouble is the condo is in such disrepair and there is so much competing newer space on the market that the value is probably closer to $80,000. The "funny" thing is the bank probably could have sold the asset for $200,000 when it first started the foreclosure. But due to the bank's own delay it is worth only about a third of that today... and tomorrow does not look any better. The longer the bank holds on to this property it will continue to decline into dis-repair and there will be even more space on the market tomorrow. The inaction by this bank and many other banks is hurting commercial property owners. Sure it would hurt the values of all commercial property if the banks had a huge liquidation sale but then the healing process could begin.

By pretending there is not a problem and not admitting first, there is a problem and second their books have become unmanageable, the cure, the rehabilitation cannot begin. The FDIC said a few months ago they wanted the banks to stop playing "Delay and Pray" with their loans and assets. What the banks need is for the FDIC to require all banks to acknowledge say 20% of their troubled loans each year for the next 5 years. Otherwise we risk going the way of Japan where banks made loans that became troubled loans and instead of facing the music they held the loans at face value and have continued to pretend for the last 20 years that values will eventually catch up with the loans and everything will be okay. By not admitting they had a problem Japan's banks have dragged down their economy for two decades with still no cure in sight. What we need is for banks to admit there is a problem, take action to make their books manageable and liquidate the assets so we can all get on with our lives.
Posted by David H. Farmer at 12:07 PM No comments: